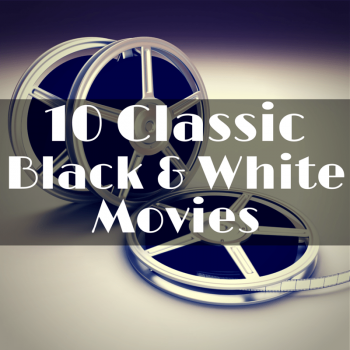 We’ve all gotten used to seeing our movies in color now, but some of the best movies ever made are still those that came out before color movies were the norm. For National Movie Month, consider re-visiting some of the classics of the black-and-white era. You can trust us, they still hold up.

Every one of these is worth seeking out for the first time or re-visiting anew for National Movie Month. Now go make some popcorn and sink into a good, classic, black-and-white film.

Make sure to keep the tissues handy for this one, as Chaplin was never just a master of laughs, he was also great at making the kind of movies that tug at your heartstrings. The Kid definitely falls into that category, showing the touching story of Chaplin’s loveable Tramp character adopting and raising an abandoned child. While the story’s dramatic, there are plenty of reliable laughs and adorable moments to round the film out. 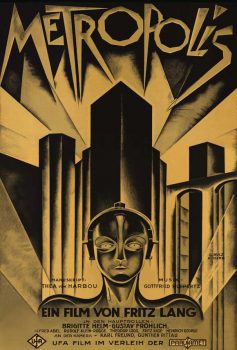 The only movie on the list not made in classic Hollywood, Metropolis still well earns its place in film history. The German expressionist movie directed by Fritz Lang is an early example of science fiction. It has a compelling story coupled with some of the most impressive imagery and sets used in the early years of filmmaking. 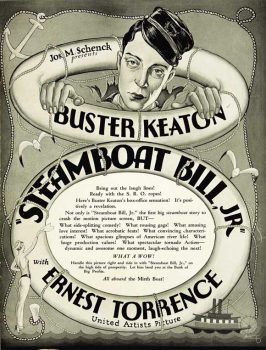 Another great comedic star of the silent film era, Buster Keaton commands this black-and-white film about the son of a steamboat captain in love with his rival’s daughter. Steamboat Bill, Jr. wasn’t as successful in its day as The Kid was, but it’s highly regarded now for Keaton’s impressive stuntwork and signature deadpan performance in spite of the chaos around him.

With three of the greatest stars in Hollywood history, The Philadelphia Story is a comedy with some of the most memorable performances of classic film. Katherine Hepburn, Cary Grant, and James Stewart all interact in top form in the story of a socialite’s attempt to re-marry as old and new acquaintances keep throwing obstacles in her path. 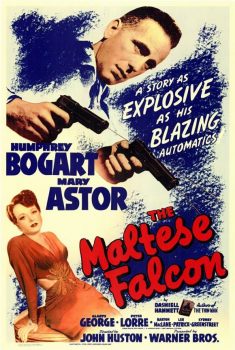 This famous film noir had all the tropes associated with the genre: the gorgeous femme fatale, the hard-talking private eye, and a dangerous mystery to be solved. Humphrey Bogart’s performance is the most iconic example of its type in the film noir genre and the movie is widely recognized as a beloved classic. 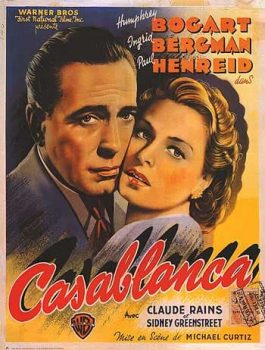 The classic tale of love torn apart by war and the larger loyalties it inspires, Casablanca is one of those films that seem to show up on every “best of” list. Humphrey Bogart and Ingrid Bergman play their roles with aplomb and sell the dramatic conclusion that’s left audiences moved for years. 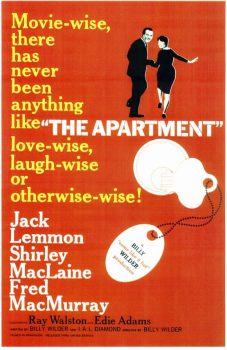 The charming Billy Wilder film is about a man’s unrequited crush on a work colleague and the hijinks that come with lending his apartment out to his superiors for their extramarital flings. It was popular in its day, but also spurred some controversy due to its subject matter, which seems quite quaint in comparison to many comedies today. 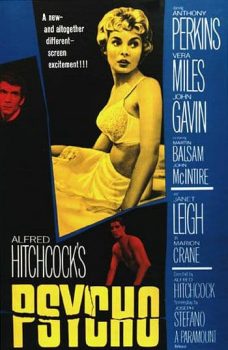 Hitchcock’s shocking and memorable portrayal of a disturbed hotel owner and his unsuspecting victims has one of the most famous twists in film history. From the iconic shower scene to the creepy stuffed birds that permeate many moments in the film, Hitchcock created a creepy tone and atmosphere that was revolutionary in its time and shaped much of the horror genre in the years since. 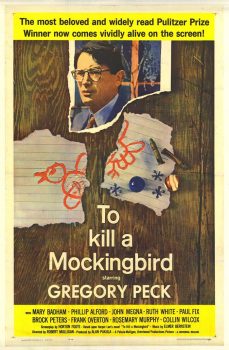 Based on the wildly popular novel of the same name, To Kill a Mockingbird tackles the subject of racism in the south in the 1930’s. Gregory Peck’s performance as Atticus Finch impressed critics and viewers alike and made an already beloved character even more fondly remembered today. 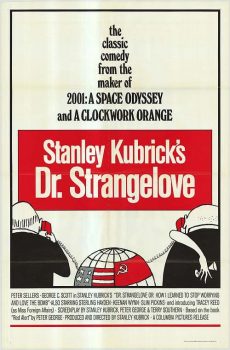 A movie that’s kooky and disturbing in equal measures, Dr. Strangelove is one of the most darkly comic films ever made. You’ve got to be good at what you do to make atomic warfare funny, but Strangelove pulls it off.

Looking for ratings and reviews of assisted living in San Diego and other cities? Visit SeniorAdvisor.com.

Kristen Hicks is an Austin-based copywriter and lifelong student with an ongoing curiousity to learn and explore new things. She turns that interest to researching and exploring subjects helpful to seniors and their families for SeniorAdvisor.com.